Malleshwaran  Mudi  festival or the Mahasivarathri is the most important festival of Attappady celebrated by the Irular, Kurumbar and Mudugar Tribes of Attappady, Palakkad Dist  of Kerala. This festival usually falls in the English month of Feb-Mar. There will be a week long temple festival at the Malleshwara temple Chemanoor, located at the foot hills of the Malleshwara peak. The Irular folk around the temple deity and pay obeisance to the deity. They  bring seeds of various grains and throw it over the sanctum sanctorum for bumper crops and prosperity. They bring clay images of oxen(vehicle of Lord Shiva) as offering to the deity inorder to fulfill vows. The fair associated with the festival bring variety of household articles, copper vessels and agricultural implements for sale. The Irular consider this as an opportunity to buy these things and sell most of their harvest produces before Sivarathiri. The non tribe of the area also celebrate the festival. The sacred peak called the Malleshwara Mudi is lit by the Mudugar tribe on this day that falls in the month of Feb – March every year. It is reported that this ritual has been continuing for centuries. In 2015 the Malleshwaran mudi festival falls on Feb 17 coincides with the Mahasivarathiri. 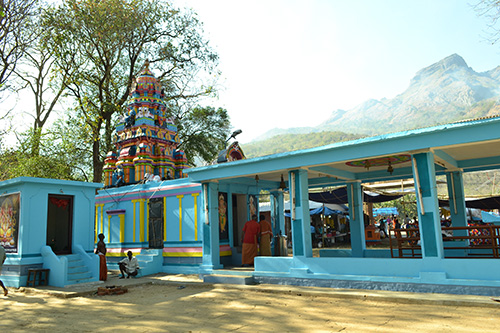 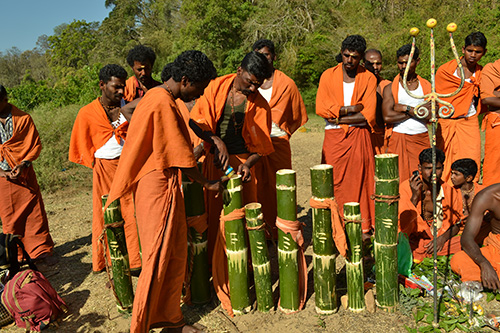