The purpose of the project was to improve the infrastructure availability in selected Scheduled Tribe Hamlets, through pre-planned and result oriented interventions.  In addition, emphasize was on improving the livelihood opportunities also.  Priorities of the initiatives were built on infrastructure Development, including housing, road, electricity, sanitation, land development and drinking water.  Disaster Risk Reduction activities including revival of hamlets where landslide occurred earlier, scientific land development, livelihood improvement . Cultural and Educational activities including providing Padanaveedu( a dedicated building for studying), providing community halls, revival and protection of Kavu (the traditional grove areas associated with tribal culture and custom)
Implementing the project in a way which is most participatory in nature and beneficial in result was the priority set through the initiative.  Oorukoottams were assembled as and when necessary to discuss about needs of the beneficiary community.  While executing the project, the local Scheduled Tribe workforce was used the maximum.  Oorukoottams were convened at each hamlet on multiple occasions.  House to house visits were conducted with the help of Tribal Extension Officers, Tribal Promoters and committed social workers.  Counseling and guidance were also done to inculcate a feel of social togetherness and to maintain rapport.  As a result of these concerted, rigorous and continuous activities, the confidence of the beneficiary community was gained.

As part of the project , 199 new houses built, 91 existing houses repaired , 2. Kilometer  new road  made , 3.5 kilometer Road repairing/ paving done, 06 Community halls made, Sanitation works in 12 hamlets done, Provided  Drinking water facility in 350  houses  and electrification in 306 houses have done.
In addition, an amount of Rs. 8.64 lakhs expended to prevent wild animal infiltration into forest fringe tribal hamlets.  Solar street lights were provided in all hamlets.  In the livelihood sector, inhabitants are trained in tailoring, goat rearing and cow rearing and supplied them goats, cows and tailoring machines.
Skill upgradation training is imparted to tribal youths in  plumbing,driving, tailoring and book binding .The project is having a total financial outlay of Rs. 20.45 crores .  About 80% of the fund has already been spent.

The departments/ agencies/institutions which were integrated to the implementation of the project are listed below.

Popular involvement has resulted in improved transparency.  There are mechanisms to monitor the progress and process. At the hamlet level, the Oorukoottam exercises the vigil while at Grama Panchayath level there is the   Panchayath level monitoring committee consisting of elected representatives and officials.  At the district level another District Level Monitoring Committee headed by the District Collector exercises the vigil.
The project is a resplendent, splendid and glittering example of field level convergence of operations of various departments, aiming at overall 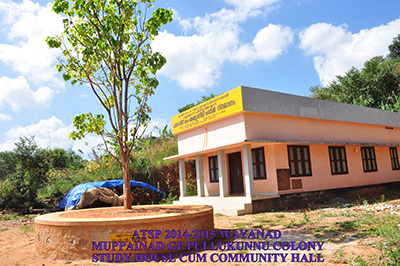 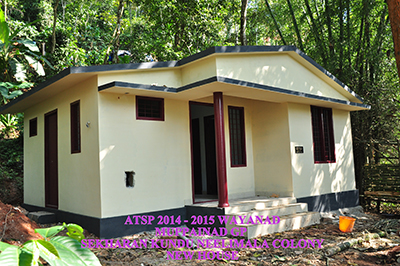 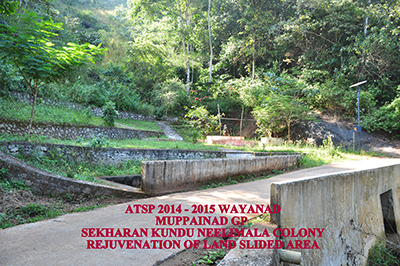 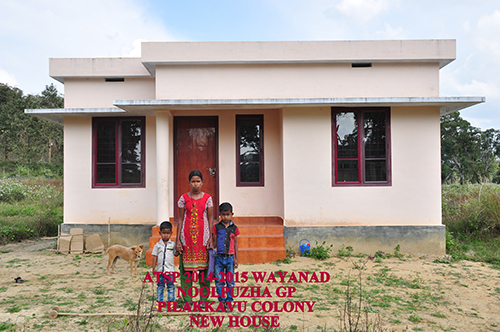 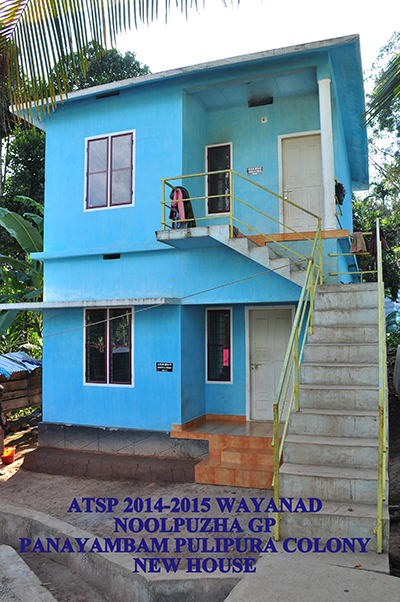 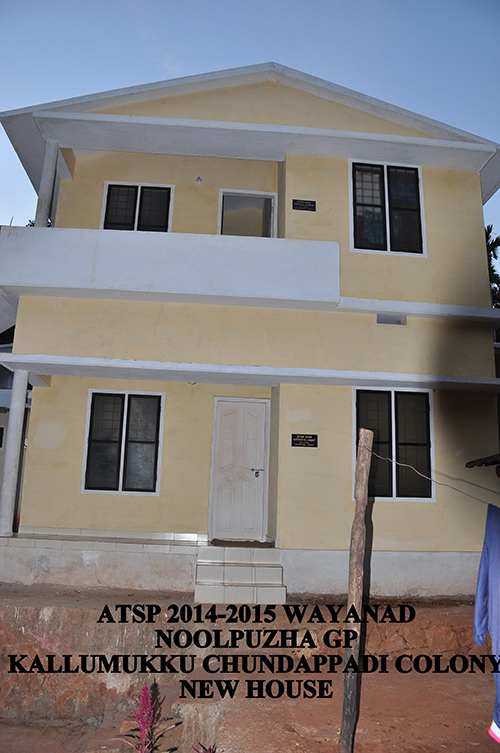 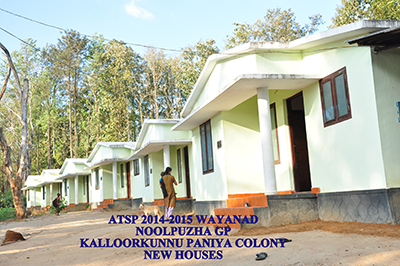